Alex Farrington is sitting at the back of a store sobbing. He has a handgun next to him. Complete a chapter for the previous month leading up to this point.

Brandy Taylor and Alex Farrington had been seeing each other for over six months. A month ago she told Alex she was expecting and wanted to terminate the pregnancy so she could carry on her career as an operative. Alex desperately tried to convince her to keep the baby. Brandy went ahead with the termination, leaving Alex devastated. He refused to see her and wouldn’t answer her phone calls. When he doesn’t turn up for work and can’t be found at his flat, operatives are sent to Dark Stream to search for him. When he is not found there the operatives scour London looking for him.

Alex has dropped under the radar. He hangs around with the homeless of London. When they queue up at church soup kitchens he joins them. He has lost all motivation and his faith in relationships is in tatters. He loves Brandy but cannot forgive her decision to end the pregnancy. Having a son or daughter means everything to him even if it would have happened earlier than planned. He is suffering terrible grief for his lost dream.

Brandy loves Alex and is starting to regret her decision. She misses him terribly and is worried sick about him.

speech_1_.wav (listen to this writing exercise.) 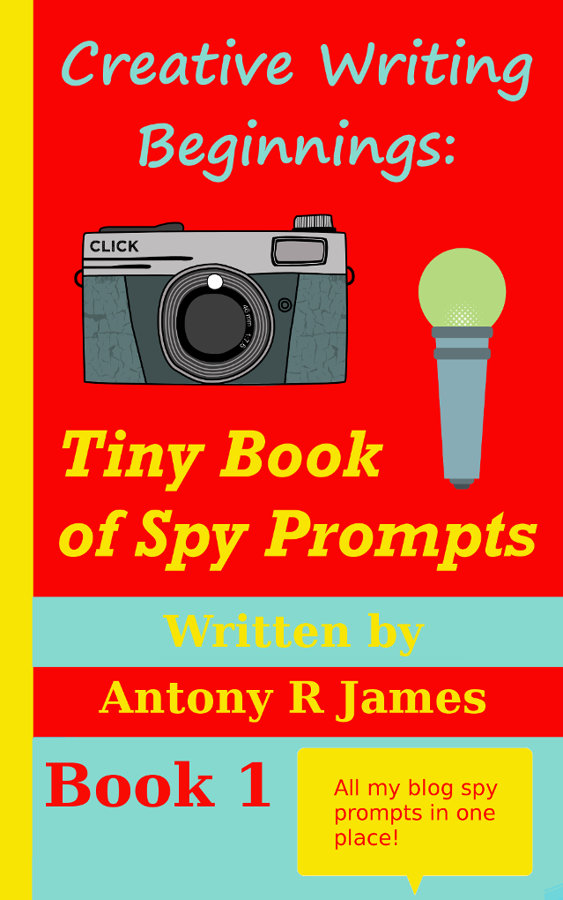 By Antony R James
All the copyright free spy prompts from my creative writing blog up to the end of August 2019.