November 9, 2020 at 10:02 pm, No comments
I recently purchased Manga Maker ComiPo! to aid me in the production of Comic Prompts. It is easy to learn, and I put together a comic page without the text in under ten minutes.
I used Gimp 2.10 to work on the ComiPo! comic page to try to get a black ink look.
I've now added thought & speech bubbles with text(script) using Digital Comics Deluxe (I inserted my ComiPo! comic page as an image{.jpg}). 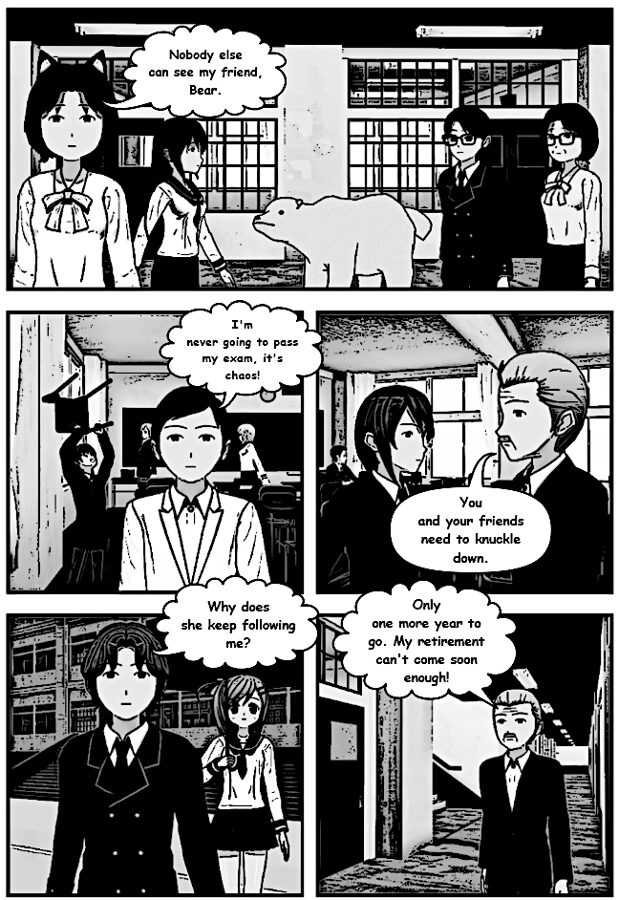